Brexit - the lessons for sales and marketing 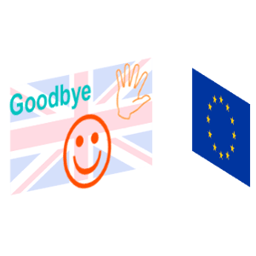 A little bit of history has just happened with the UK (OK – really just England & Wales) voting to leave the European Union. In my befuddled sleep deprived state after I watched the results come in for 6 hours, I realised that this result has some important lessons for sales & marketing.

In the old days, one of the major sales tactics was to spread FUD – Fear, Uncertainty & Doubt – to scare customers in buying something they didn’t particularly want, like or need.  There was certainly a lot of FUD thrown around by those passionately wanting to remain members of the EU. A TV interviewer famously asked the Prime Minister during the campaign - “if UK votes to leave, what will happen first – world war 3 or the recession.” This was a rare example of FUD being thrown back to someone.

The electorate were like potential customers being sold something, and the result shows that FUD does not work. People want information so they can make up their own mind without a dodgy salesman breathing down their neck.

For most B2B sales and marketing, FUD has been replaced by content and the provision of information that proves you understand the customer’s requirements. This is then used to help persuade the customer to make the right decision.

Because no one knew what would actually happen in the event of leave, there was a distinct lack of realistic, accurate content that people could use to make their own minds up. It was widely reported that many voters were agonising over their decision because there was no information.

These voters are also your customers and their behaviour will not change whether they are voting or buying from you. They wanted information to inform their vote and so will demand content to help them make a purchase decision.

Listen to the customers

The commentators are already picking over the bones of the result and one of the common threads is that the politicians just did not listen to the people, and, as a result, the referendum was used to punish the establishment. If they had listened sooner they may have got a different result and would not have been so surprised.

Buying decisions are complex and often based on reasons that companies do not expect. The referendum decision illustrates the oldest sales truth of all – people buy from people. The solution you are selling could be perfect and solve all of your customer’s problems, but if they just don’t get on with the salesman or feel they are being lied to, then they will not buy.  It is clear that the majority of the electorate did not like the messenger or the message and that is why they voted leave.

If you don’t want a Brexit from your potential customers and are selling complex B2B solutions, you should remember the key lessons of this referendum.

FUD does not work and you should focus on ensuring all prospective customers have access to accurate information to allow them to make the right purchasing decision. Above all, do not try to force a solution on a market that does not want it and make sure you deal with customers honestly and directly address their concerns.